EXO’S CHEN HAS ANNOUNCED HIS PLANS TO GET MARRIED,  HINTING AT PREGNANT GIRLFRIEND. 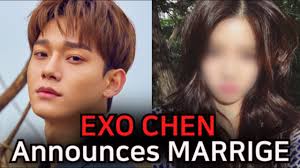 One of the members of the very popular Korean boy band EXO has just announced his plans to get married.  The twenty seven year old singer whose real name is Kim Jong dae and goes by Chen on stage posted a handwritten letter online which shocked most of us. 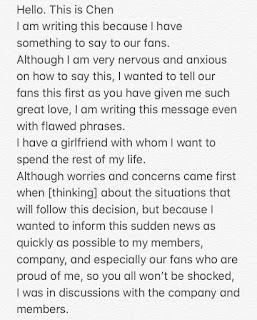 After hearing about Chen’s marriage.  i was shocked. For him to come to that decision,  he and the girl, who is not a celebrity, must have been dating for quite a while.
How was he able to hide this so well? which other K-pop celebrity has a hidden secret like this? 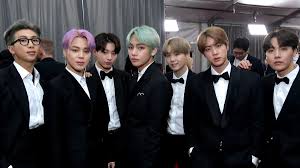 The singer promises to work hard and wishes for his fans to support him and so far,  there has bee n quite a lot of good will form netizens and fans. 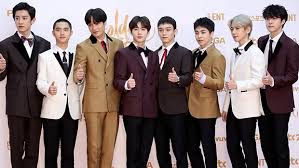 The singer’s managing agency, SM has confirmed this news and tells us that Chen’s girlfriend is not a celebrity and the couple will  be holding a private wedding which will only invite family and friends.  i think it is for the best though.

Hello. This is SM Entertainment.
Chen has met someone precious to him and will be getting married. The bride is a non-celebrity, and the wedding will be held privately with only their families in attendance.
To respect their families’ opinions, the wedding and everything related to it will be held privately, so we ask fans and reporters for their kind understanding.
Chen will continue to work hard as an artist.
We ask you to send Chen lots of blessings and messages of celebration.
Thank you.

To be honest, i am quite surprised at the amount of calmness the fans exhibit after taking this in. it is shocking and scary.  it has always been seen,  it is a fact, that fans of K-pop artists are very obsessive and territorial. Just a rumor news about their favorite artists and a celebrity or anybody dating could set off what can rival a world war.

However,  i am happy for him as this is another milestone in his life. i am also proud of the fans for not creating a world war.

Despite this,  we have a question. Will we get to see this mysterious and hidden girlfriend?

2019 Korean drama you need to watch if you haven’t yet.

Upcoming Korean drama of 2020 you should not miss.