2ND TEASER FOR THE KING: ETERNAL MONARCH IS OUT!

‘The King: Eternal Monarch’ starring Lee Min-ho and ‘Goblin’ actor Kim Go-Eun’s release date was announced with its trailer on Wednesday.
SBS released a trailer of Lee Min-ho and Kim Go-Eun’s drama ‘The King: Eternal Monarch’ and we cannot wait for the show to begin airing. The trailer features Min-ho as someone who visits Go-eun’s world from a parallel world. We hear Go-Eun’s character Jung Tae-Eul, who is speculated to be a cop in Seoul in the present, ask Min-ho’s Lee Gon if he really is from a different world. 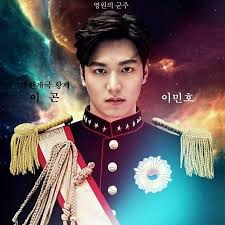 The trailer has sparked discussions among fans about possible endings for the show especially since The king: Eternal monarch is lee min-ho’s first work since his return from military service.
We are curious to know if he still has it in him.
According to an article in Soompi, it also seems the Go-eun and Woo Do-Hwan play dual roles in the show. While Go-Eun’s alter-ego in Lee Gon’s world is that of a villain named Luna, Doo-hwan will play the role of Jo Eun Seob and Jo Young. Eun-seob is in Tae-eul’s realm and works as a public servant and Jo-young is in Lee Gon’s realm where is he very close friends with Lee Gon and also serves as his bodyguard. 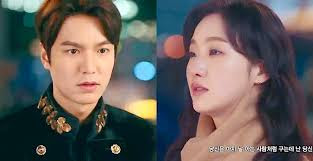 I am excited for this drama to air as it features most of the Korean dramas best actors and actress. Ever since Woo Do-Hwan’s acting in Tempted, I have been anticipating his next big drama but we can all agree that the biggest question is…..
Will this drama have a happy ending?