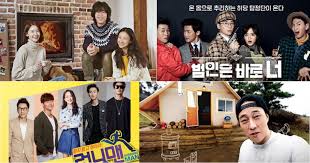 We all love our Korean dramas and movies but for the few of us who have experienced that aspect of Korean entertainment. We know it is one of the best.

We get to see our bias, favourite actors, actresses and singers show us a glimpse of what their life outside the characters they get to play is like- and we love it!

Like every good thing, there is always many of it to go around, so to optimize your watching experience.  I have compiled four of the best of the best variety shows South Korea has to offer!

There is no way reality/variety shows will be mentioned without mentioning this show. It is one of the best Korean variety shows globally and one of my personal favourites. It may not be top in Korea anymore, but it’s still seen as a fan favourite overseas 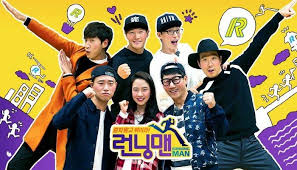 It was started as an “urban action variety” but later it’s concept was changed to a   reality-variety show where they play really fun games. They travel overseas these days, doing adventurous stuff as penalty. They get really popular guest, once,  they had global star Jackie Chan on their show.
It has been going on for 10 years as it aired on July 11, 2010. 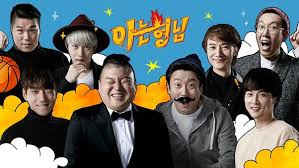 2. Ask us Anything (Knowing Brothers)

I personally like this variety show too, as it is full of laughs and hilarious moments.

Knowing Bros is a South Korean variety show which is distributed by JTBC every Saturday. it is classified as a reality television–variety show.

It has a classroom setting where the MCs and the guests gather and discuss personal topics.
There have had famous guests like the boy band EXO, Seventeen, Twice and many other popular Korean artists. 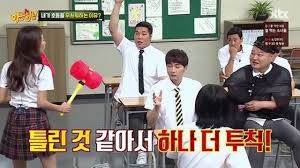 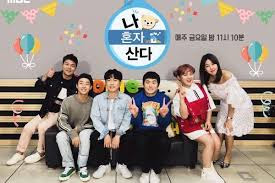 There is something amazing at knowing that our favourite Hallyu stars are humans,  do not wear suits all day and charmingly steal hearts,  or act dramatic.  They can be messy,  lazy,  overly excited and eat a lot. ( Tag Sung-hoon here!) 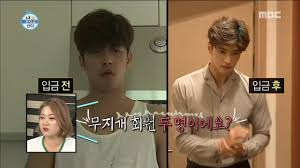 I live alone, also known as Home Alone,  is a South Korean television entertainment program. It is distributed and syndicated by MBC every Friday at 23:00 (KST).
it is realized as one of the “Real-Variety” shows in Korean television because it runs unscripted but using documentary methods with variety show elements, that follow the format of other reality television programs.
I live alone plays footage from selected Rainbow Club member’s everyday lives -which trust me,  are interesting to see- both in and out of their homes. The show runs around the idea of bringing to light how single celebrities live. It has gained a lot of popularity due to the reliability of the simple lifestyles of the various celebrities,  which are shown without notable filtering.
I live alone (Home Alone) aired on March 22, 2013, and is still on at present. There are seven members in the cast of Home alone: Lee Si-eon,  Park Na-Rae, Henry Lau, Sung Hoon, Han Hye-jin(model) and Hwasa. 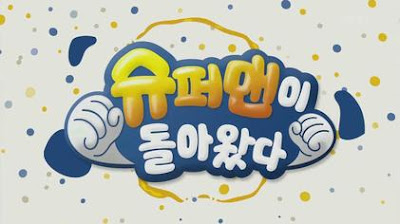 4. The Return of superman

The Return of Superman, also known as Superman is Back is a reality-variety show that airs on KBS2.  It used to be one of the two segments (the other being 1 Night 2 Days) on Happy Sunday until it was announced that The return of superman will officially be part of the Happy Sunday lineup starting on November 3, 2013.
In the show,  celebrity dads are left to care for their kids for 48 hours without help from anyone,  while their wives leave the home to enjoy some relaxing time off.  It always ends up hilariously.  During the 48 hours,  the dads and children are either doing a task the wives have written out to be completed or the fathers are exploring new activities with their kids.
I love this show, it is something that can be watched alone but better with family.
On some episodes, celebrity friends of the dad will stop by to interact with the kids.
So that is it!
Check out the shows,  fall in love with the personality and tell us what you think about Korean Variety shows?
Rate the one we mentioned above.  Which one takes spot number 1?
Read more of our articles :
“Weightlifting fairy Kim Bok Joo” Actor Moon Ji-Yoon  Passed away
Upcoming Korean drama of 2020 you should not miss.