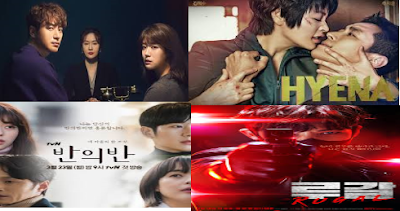 Yes, we all love Korean dramas and if you are like us at Asian Entertainment. You have watched your fair share ( a large number of Korean dramas ).
Hell, I collect them.
This year 2020, has just began but has so many options when it comes to kdramas,  acted by our favourite Korean actors and actress.
which is why  it is time for you to put everything aside, clear your mind and be prepared to see a whole new world that you believed you knew because today, I bring you :
8 Korean dramas you need to watch ( there are a must-watch! ) this April !! 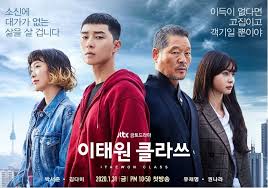 Trending
Park Min Young’s “Love In Contract” Premieres To No. 1 In Ratings 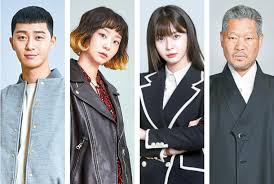 Sincerely, If you love the plot of handsome guys with personal vendettas against the higher-ups, opening a business ( that succeeds) and planning revenge while falling in love with their business partner ( that is popular in social media ).
Then you will love Itaewon class.
Park Seo Joon did an amazing job playing the role of Park Sae-Ro-Yi and, as expected,  we all fell in love all over again. Lucky Jo Yi-Seo!
Itaewon class was directed by  Kim Sung-Yoon and distributed by JTBC. It ran with 16 episodes and aired from January 31 – March 21, 2020, but do not despair,  our K-drama streaming apps comes to our rescue. 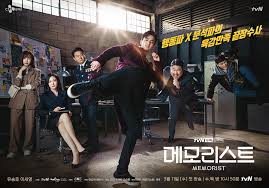 When Dong Baek was a high school student, he suddenly gained a supernatural power. Whenever he touches somebody, he can read that person’s memory. Dong Baek reveals his memory reading ability to people and he becomes a detective. He is gung-ho to catch as many criminals as possible. He encounters a mysterious serial murder case.

Alright, I kinda wish I had those superpowers but we can all trust this Korean drama to ask us this question :
At the cost of what?
I am excited to see more of this drama as it has a very interesting plot. ( Imagine what he sees!). We can be sure that there will be a female lead though but how do they connect, and more importantly,  will they make our heart swoon?
Would Dong Baek have to make sacrifices to be with her ? ( sigh)
Memorist has sixteen episodes and was released on March 11, 2020. it is scheduled to finish airing on 30th April 2020 so yes, you can still catch it on screen. 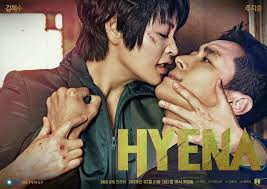 3. HYENA
Yoon Hee-Jae and Jung Geum-Ja are lawyers who work for the top 1% in society. Jung Geum-Ja is a lawyer, who is after money only. She wins her cases using any means necessary. Yoon Hee-Jae is an elite lawyer, who is smart and confident at his job.
I confess.  I am biased towards this drama.  just the description set my imagination running. It is usually the males that are placed in the position of worthy villains ( though we all know female villains are much better ), so it is surprising that the female lead is described as not upright, loving and cute. it is breaking stereotypes!
Normally, Korean drama portrays the male actors as more the bad, disgusting, insert word of choice here so to see a drama where the female is the ‘bad,  disgusting, insert word of choice’, you have to admit it is quite intriguing. 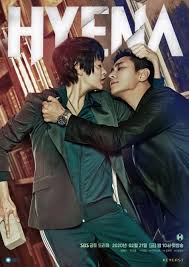 Confession number two.
I haven’t watched this drama but I am going to and you should too.  I wonder if Yoon Hee-Jae and Jung Geum-Ja are going to end up together.  The lawless lawyer and the elite?
Tell me, what do you think? 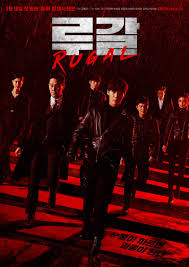 Kang Ki-Beom (Choi Jin-Hyuk) is an elite detective. He is currently investigating the criminal organization Argos, but, when he comes home, he finds several men in masks. His wife and child are murdered by the masked men sent from Argos. They beat Kang Ki-Beom and cut out both of his eyeballs. When Kang Ki-Beom wakes up, he finds himself in the hospital and he is accused of murder. The NIS then approaches Kang Ki-Beom. He is selected to become a member of Rugal, a special team organized by the NIS. Through biotechnology, he gains two artificial eyeballs with a special ability. Kang Ki-Beom and the Rugal team set out to take down criminal organizations. 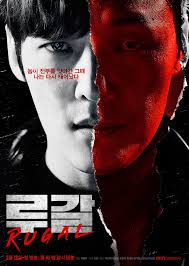 I know what you are thinking: “ I have to watch this”  and I am right behind you.
Rugal will be aired March 28th 2020, running on Monday and Tuesday 22:50 and distributed by OCN.  It has a very promising concept, we have to admit that.
Now the question is
Will this have a happy ending?
Tell me what you think in the comment section. 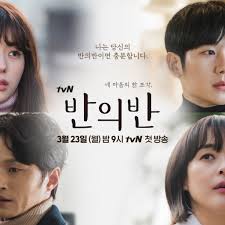 5. A PIECE OF MY MIND
The revised romanization of A piece of my mind is ( Banui Ban  ) which literally means Half of a Half. {and  yes, Ban is half}

“Half of a Half,” tells the romance story between Ha Won (Jung Hae-In) and Han Seo-Woo (Chae Soo-Bin). Ha Won is an AI programmer and he is the founder of M&H Company. He is a consistent person with a good heart. Meanwhile, Han Seo-Woo works as a classical music recording engineer. Her life is unstable without a family or house, but she is a positive person. 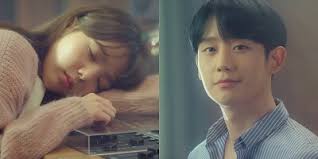 The Cast looks promising, but to tell the truth,  the synopsis does not excite. Direct review, however,  contradict my first impressions.
Note that I have not watched this movie ( it is on my list to watch,  should be on yours too )
Then again, we have been giving the most mundane of drama synopsis only to have the drama,  cast and plot blow our minds and leave us empty after it finishes.
Half of a half aired on March 23, 2020,  it is directed by Lee Sang-Yeob and distributed by our familiar tvN.
The drama runs on Monday and Tuesday at 21:00

A Piece of Your Mind” took over tvN‘s Monday & Tuesday 21:00 time slot previously occupied by “The Cursed.” 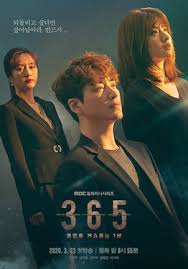 10 people, who dream of having a perfect life, travel back in time to 1 year ago. They can reset their lives there, but mysterious cases take place that threatens their lives.

Ji Hyung-Joo (Lee Joon-Hyuk) is a veteran detective and he has 7 years of work experience. He gets an opportunity to travel one year into the past. He enjoys his life that has been reset, but he learns that people who have travelled back in time, like him, are involved in mysterious cases. He tries to reveal the truth behind that.

Shin Ga-Hyun (Nam Ji-Hyun) is a webcomic writer. She has published her popular webcomic series “Hidden Killer” for the past 3 years. Shin Ga-Hyun is a workaholic and sensitive perfectionist. One day, she has a sudden accident. The accident turns her life into hell. At this time, she receives a proposal to travel back in time, to one year ago. Shin Ga-Hyun resets her life, but she faces an unexpected case. 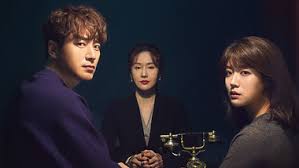 You know by now, that I would love this. This movie popped up on my notifications one morning. ( its press conference date ) and I ignored it but the title kept on ringing in my head.
365: Repeat the year.
When I read the synopsis, I immediately put it on my must-watch.
One question we all are thinking is what are the mysterious cases? or am I the only one thinking this?
Ah Yes! there is a literal title for the movie. The revised romanizations is (‘365: Woonmyungeul Geoseureuneun 1nyeon’) which means One year against Destiny
The drama is directed by Kim Kyung-Hee,  has a total of 24 episodes and is distributed by MBC. It was aired by 23th of March 2020 and runs on Monday and Tuesday at 21:00 for 35 minutes/ 2 episodes per day 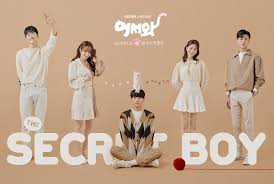 Meow the Secret Boy” will tell the story of Hong Jo (Kim Myung Soo), a cat who can mysteriously transform into a human, and Kim Sol Ah (Shin Ye Eun), a puppy-like person who still likes other people even if they hurt her. 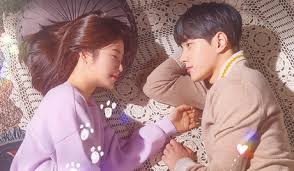 Number one:
A puppy-like person has a cat.  The drama poster is cute and the teaser I have seen are promising. it has potentials. We hope it will not disappoint.

Meow the Secret Boy” will premiere on March 25 at 10 p.m. KST and will be available on Viki. 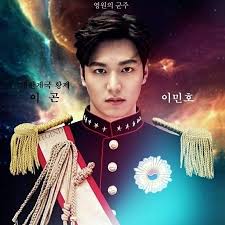 8. THE KING; ETERNAL MONARCH
The Devil is released into the human world and soon opens a door into a parallel world. The Devil asks if he lived a better life in the other world if he could live in the other world. Against the Devil’s question, Korean Emperor Lee Gon (Lee Min-Ho) tries to close the door to the parallel world and South Korean Detective Jung Tae-Eul (Kim Go-Eun) tries to protect the lives of people and the person she loves. 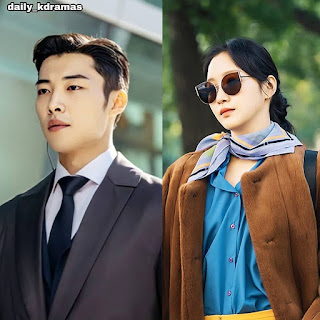 If you follow AsianE on twitter, Instagram, Facebook or our other social media.  you would know that I love Lee Min-ho and am excited for his first work since he’s coming back from compulsory military service.

We present to you The king: Eternal monarch. I find the plot/synopsis interesting. I am familiar with the introduction of the modern world to the ancient world ( Moon lovers, The legend of the blue Sea, Faith/ Heaven Doctor ) but I have not seen much of the introduction of ancient to modern.
The Cast is exceptional and that is an understatement.  From our darling Lee min-ho to Woo Do-Hwan ( Tempted/ The Great Seducer ) and then Kim Go-Eun (Goblin,  the great and lonely god).  We expect heaven, earth and lots of romance and I know they will deliver.
However,  will this be a happy ending?
It was written by Kim Eun-sook and directed by Baek Sang-Hoon, it will air in April 2020. Sadly,  there is no definite date for the movie release.
It is distributed by SBS with a runtime on Friday and Saturday  at 22:00

The King: Eternal Monarch will take over the SBS Fridays & Saturdays 22:00 time-slot occupied by “Hyena” and will be followed by “Convenience Store Saet-Byeol” in June 2020. 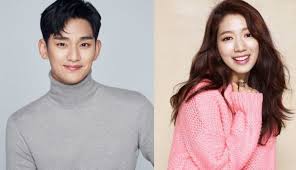 That is it.  8 of the best ongoing, new, latest Korean dramas that you need to watch. Be sure to write them all down.
Check out our Instagram page for more story previews and fun games. Follow us on Twitter for more updates.

ACTOR LEE YI-KYUNG SAVED THE LIFE OF A ‘SUICIDER’