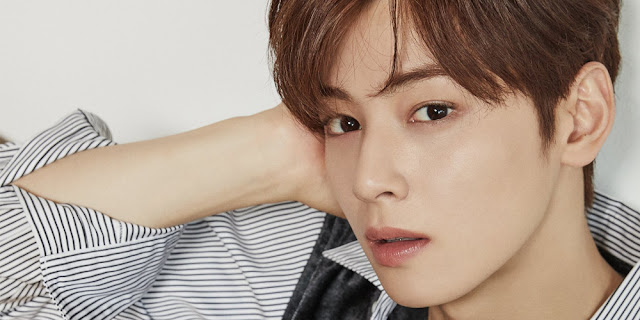 Yes! Yes!
Fans, he is coming back to screen!!
ASTRO’s Cha Eun-Woo is in talks to play the lead role in the upcoming Korean drama ‘True Beauty’
On April 23, it was revealed that Cha Eun-woo was cast as the male leas in the new webtoon-based drama ‘True Beauty’. His label, Fantagio Entertainment clarified  “Cha Eun-woo has received an offer to star in the drama ‘True Beauty’ and he is currently reviewing the offer”
‘True Beauty’ revolves around the story of a woman who can’t stand the idea of being seen without makeup and a man who is the only one who has seen her bare face.
If cast, Cha Eun-Woo will be the playing the role of Lee Soo-Ho,  who is not only a top student but catches the attention of all the girls around him. Despite his popularity, Lee Soo-Ho has a shy side, turning bright red when he gets embarrassed and saying things he regrets.
If he accepts the role, it would be his next project since ‘My id is Gangnam Beauty’  and ‘Rookie Historian, Goo Rae Ryung’
‘True Beauty’ is expected to air in the second half of this year. (2020)
WATCH:

KDramas You Need To Watch

BTS To Perform And Speak At YouTube’s 2020 Virtual Graduation Ceremony Alongside The Obamas, Lady Gaga And More