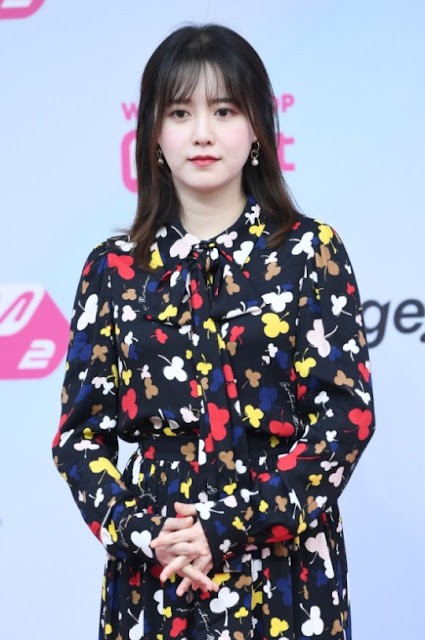 Gu Hye Sun has requested that her contract with HB Entertainment be terminated.
Gu Hye Sun signed with her ex-husband agency in June 2019. Three months later,  she revealed her plans for divorce from Ahn Jae Hyun.  She also disclosed that she wanted to terminate her contract with HB Entertainment as she claims that they sided with Ahn Jae Hyun over her in the divorce issue.
She also claimed that Ahn Jae Hyun has spoken about their marriages with the CEO and that broke her trust in HB Entertainment.
HB Entertainment did not respond to her claims and only left official statements. On April 29, HB Entertainment announced that the contract with Gu Hye Sun has been terminated.
In an official statement, they said that Ku Hye Sun asked for her contract to be terminated and on September 11, 2019.  She filed an application for Arbitration with the Korean Commercial Arbitration Board.
The Management further stated that due to that,  they have decided that they could no longer work with Gu Hye Sun because of her “breach in contract and loss of trust in Gu Hye Sun”.  Consequently,  they filed a “counter application to obtain compensation for damages”
The verdict was revealed and according to the arbitration awards on April 21, 2020. the reasons for arbitration by Gu Hye Sun were not accepted, the contract is to be terminated and she is to pay damages to HB Entertainment
Hb Entertainment declined to share details about the case since it was carried privately.  They also warned that “malicious comments based on false information”  are subject to criminal punishment.
In An Instagram post, on the same day, Ku Hye Sun said.

SINCE THINGS WERE OMITTED FROM THE JUDGEMENT,  A REASSEMENT IS ONGOING, DONT WORRY, EVERYONE. SLEEP WELL.