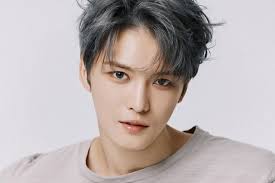 JYJ’s Kim Jaejoong has made an official apology over his insensitive post regarding the pandemic,  COVID-19.  In his recent Instagram post,  Kim Jaejoong has announced that he had been tested positive with the coronavirus which lead to many fans worrying as the singer had performed live on a Japanse music show just the day before.
Later on, he edited the captions of the same Instagram post to say that it was all an April fool’s prank and a way of him, raising awareness for the virus.
To say the least, fans were not happy. Many deemed his actions immature and insensitive.
Kim Jaejoong then released a statement on Instagram, apologizing over his actions. He wrote:

“I’m aware that I’ve done something that I shouldn’t have done.Firstly, I would like to sincerely apologize to everyone who suffered because of my social media post about coronavirus as well as to any administrative work I might have disrupted.I know I made a judgement that was not right.
Awareness of how to cope with and the risk of the virus that is currently loose.I wanted to convey this message in the hopes that we would be alert to minimize the number of people who would be affected by COVID-19.I’m so scared that the arrival of spring and the leisurely life of the warm season might create a second or third coronavirus panic because people will return to being in enclosed spaces after school and other plans were delayed.
My father was in the hospital not too long ago because of lung cancer surgery.When I saw medical staff and patients at the hospital, I got angry, and I hoped the people who thought of the virus as someone else’s problem would consider it their own problem as well.So unlike those who are working hard trying to get us out of the coronavirus, I think we need to be alert to the fact that there are many people who are enjoying their leisure time without wearing any protective clothing or masks. I thought there needed to be more awareness when I heard that.I wanted to convey the danger of the current situation to people who don’t listen to information from various media outlets or the internet.To tell them, ‘Please. Listen up. Please. Don’t get sick and suffer through it.’Even around me, there are confirmed cases.I was sure it wasn’t a distant story, and I felt twice as scared.It doesn’t help to reflect on yourself when you lose someone.It’s frustrating, it’s hard, but it’s more that… I want to work a little harder to overcome this difficult time together.Today’s message I wrote… It was overboard, but I thought that maybe those who go over-the-top with their interest might listen. This has hurt many people, and I’m being criticized by many people as well.I sincerely apologize to the government agencies and medical staff working on coronavirus relief efforts for my post as well as to the many who have given up their lives in accordance with the guidelines trying to overcome this.”

As said, the JYJ member had left fans and netizens shocked and angry when he announced that he was hospitalized for COVID-19 only to admit that it was an April Fool’s day prank.  Though Kim Jaejoong has released his apologetic statement, it is said that he might still face punishment from the Korean Center for Disease Control and Prevention (KCDC).