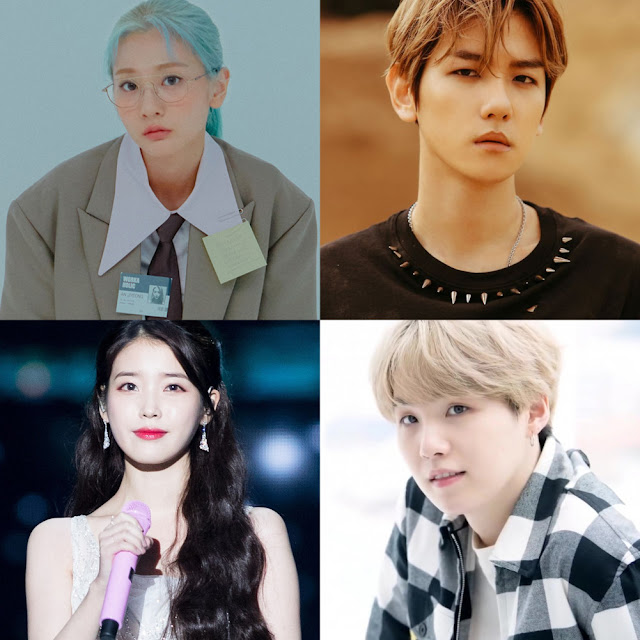 The Month of May is coming and so are amazing collab songs!
I know I am not the only one excited. Netizens are thrilled for the upcoming battle of the charts in the Month of May as we have so many pending collaboration songs to be released.
With IU and BTS Suga preparing to release their collaboration song “8” on the 6th of May and Bolbbalgan4 and Baekhyun working together on a song titled “Butterfly and cat”.  Fans are excited to see both songs from these talented artists come out at the same time.
It is no secret that in the battle of the charts, netizens get pumped up as we see BTS, EXO and many other Kpop idol groups battle for Spot One.
Now there exists two songs to be released by members from BTS and EXO, in the same month.
Netizens are excited to see which songs by which artist claims the number one spot on the charts in the month of May.
Some of the comments read:

“Wow, the charts are going to be crazy. Is IU x Suga going to win? Or Baekhyun x Bol4?”

“This is going to be a fight between ARMYs and EXO-L’s.”
“I’m an ARMY but I am looking forward to Bol4 and Baekhyun’s song so much.”

Are you excited for the releases coming out in May?