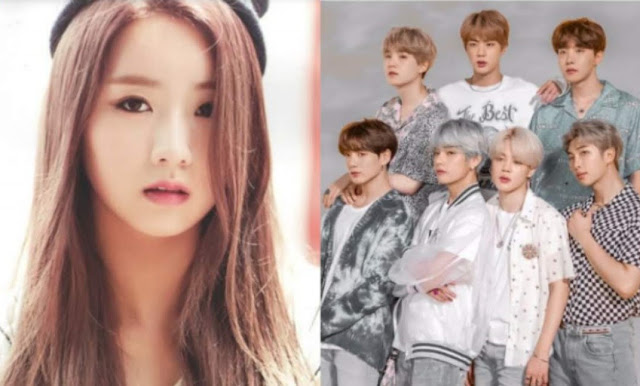 Pink Pandas were shocked when Apink’s Bomi’s V Live streaming was interrupted by a hater who asked the idol to leave the group if she was dating a BTS member.
Bomi held a live streaming a couple of days ago  to exclusively mingle with her fans as the girl group  did their recent comeback, it was supposed to be a happy  bonding, The event was going smoothly when in the middle of the conversation,  an anti-fan flooded the comment section with
“GET OUT FROM APINK IF YOU ARE DATING BTS MEMBERS!”
Bomi then said farewell to her fans. The keen-eyed fans took screenshots of the said comments and shared it on social media.
The story gathered both positive and negative reactions from netizens.
Some find it as a great possibility that Bomi could find love among Bangtan Members and took it as something worth celebrating. However, a lot of fans were enraged for such disrespect towards the kpop idol who took her time and effort to converse and relate with her fans. Others were shocked as it was the first time of the hearing such allegations.
But could actually be a possibility of Bomi being linked to one of the BTS members?
There has been many encounters between the kpop groups, be in music events, award shows, ceremonies, variety shows, or kpop sports gathering. Those who follow BTS and Apink for the longest time claimed that RM, Taehyung and Jhope are close to the girls.
It also could mean that the possibility of communication will not be turned down.
According to a fan, the claims are correct but happened a long time ago, before the kpop idols became big stars.
“Actually it is true, but it was way back then when they were still not idols,”  said a commenter.
There has been scandals of BTS and Apink member dating but it was later revealed as a prank from an over-eager fan.
There is no particular basis, for the record that Bomi is dating a BTS member and the possibilities re either real or not.
What concerns the Pink Pandas, for now, is the rude comment towards the female idol.
to them,  such a behaviour to their idol is not to be tolerated.
T

2ND TEASER FOR THE KING: ETERNAL MONARCH IS OUT!