RM Reveals BTS’s Plans For Their Next Album 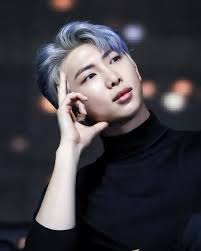 BTS’s RM revealed that the group is already preparing for their next album!

RM held a Livestream on April 17, on the group’s official BANGTANTV YouTube channel to catch up with the fans on their well-being.

He also released some very exciting news.
He said, “I turned this on because we wanted to try something new,” and added, “It’s not that this content has a specific name to it. With our concerts being postponed or cancelled and the situation extending over a long period of time, we came to the conclusion to try something new.”

He explained, “It’s nothing much, we just wanted to share what we’ve been doing to feel more connected and that we’re doing a lot of things together. From now on, we plan to share our lives with you about once a week.”

This is to be done through the group’s Youtube channel.

RM also shared BTS’s plans for their next comeback with the fans.

RM raised anticipation for the album as he continued to say, “We’re not sure when that album will be released. I’m sure there will be moments that we don’t want to show because the album making process isn’t always beautiful, but even though we don’t know what the end result will be, we’ll do our best.”

This new announcement, while it leaves us all happy makes us a little worried.

We would like them to get a lot of rest and not overwork themselves.
BTS had just released their latest album “ON” in February 2020 but I am sure the fans are ready for more!

Are you excited for a new album from BTS?

This Actor Just Took Over The Top Of Melon’s Chart, Beating Apink and Other Digital Legends

‘The King: Eternal Monarch’ Under Fire For Using A Japanese Style Temple In It’s Opening Credits.