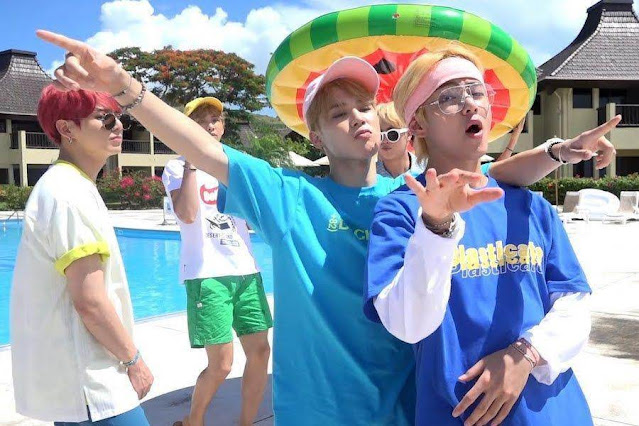 BTS Annual Festa Celebration has started!!
To commence this year’s Festa Celebration, BTS released  “Airplane pt.2 (Summer ver.)
BTS and Army have a tradition.  Each year, BTS celebrates their June 13 debut anniversary with an event titled “Festa”. In the weeks leading up to the date, New and interesting contents are released for Army’s viewing pleasure
This year, BTS and Army celebrate their Seventh Anniversary.
The “summer version” of their song “Airplane Pt. 2” was released on June 1 at midnight KST to fully commence the “Festa” celebration.  In the video,  BTS members dance to the song wearing brightly coloured clothes.
The video was filmed around the same time as their 2018 summer package in Saipan
The song “Airplane Pt.2” was originally released as a b-sidetrack on BTS’s 2018 album “Love Yourself: Tear”.
Watch the video here

Reply Retweet Favorite
#Hoteldelluna, #vagabond and #moonlovers might never get a #seasom2 but here are the dramas with a confirmed season… https://t.co/8nHQieWSA3