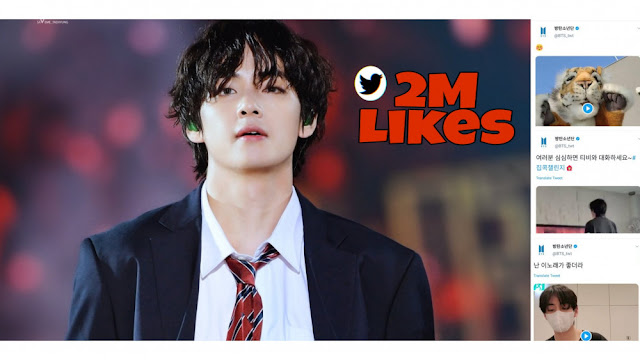 A few days ago, BTS V was trending for his beautiful rendition of Lauv’s song ‘Never Not’. Now he is breaking and making records! 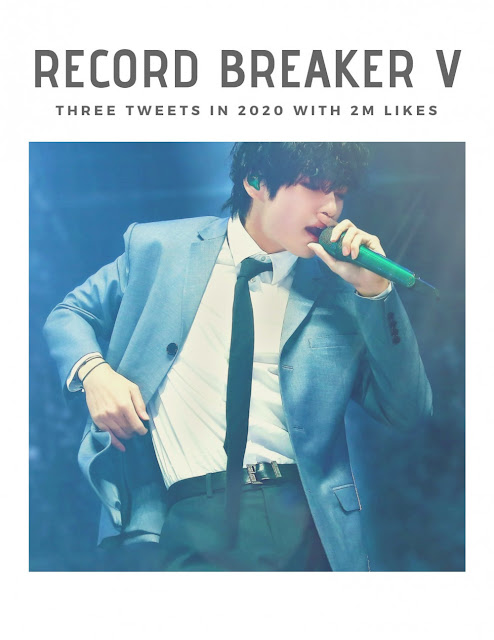 BTS V has just set another record as he surpasses Former US President Barack Obama and becomes the only person in the world to reach 2 million+ likes on three tweets in 2020.
My tweets don’t even get up to 20 likes. Boy, what’s your secret?
Just this year alone, The talented Korean pop singer was responsible for numerous hashtags trending, for example, the #StayAtHomeChallenge.
These are BTS V Three tweets that appealed to more than two million people.
1. Vibing To Justin Bieber’s Intentions:

Kim Taehyung is now surpassing Barack Obama as the only people in the world who has 3 tweets with 2M likes on twitter in 2020.

• Our SNS king, Kim Taehyung becomes the only celebrity in the world to reach 2M likes on 3 posts on Twitter in 2020
• V has been dominating Twitter since 2014 – His selfie with Baekhyun was the golden tweet of the year in Korea
• He was the 1st BTS member to reach 1M likes pic.twitter.com/G6DZWHBkFp

Let’s not forget that in 2017, he took the record of being the first BTS member to reach 1M likes, In 2104, he got Golden Tweet of the year and a total 3 tweets in the list of ‘Most retweeted tweets in Latin America in 2019’ showing his massive popularity in Latin America

What can we say? We expected it!