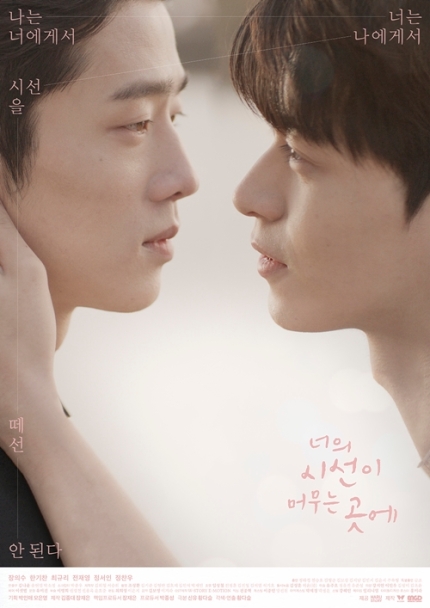 Han Gi Chan, a former member of Produce X 101 and Jang Eui Su were cast to lead in a new BL (Boys Love) web drama titled ‘The Place Where Your Gaze Rests’ (literal title)
‘The Place Where Your Gaze Rests’  revolves around the story of Tae Joo (Han Gi Chan), a chaebol who is part of the royal family. He has with him an intimidating bodyguard named Gook (Jang Eui Su) who never leaves his side.
The Actor, Jeon Jae Young will the cast as Pil Hyun.
He becomes friends with Tae Joo, Gook will view Pil Hyun as an enemy.
Hwang Da Seul, writer of ‘Love As You Taste’  will be directing this web drama. Each episode will have 10 minutes each with a total number of 8 episodes.
The web drama is set to premiere on May 22 and it will be in cinemas this coming June.