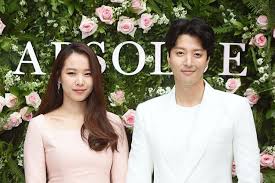 Korean Actors, Lee Dong Gun and Jo Yoon Hee have decided to go separate ways after three years of marriage.
it was reported on May 28, that the two had recently filed for a divorce due to “irreconcilable differences”.
Jo Yoon Hee’s agency released an official statement, confirming the news and announcing that the couple were officially gotten a divorce on May 22.
The full statement is as follows

Hello. This is King Kong by Starship.

First, we would like to express our regret at having to convey this unfortunate news. We are making an official statement regarding the reports of actress Jo Yoon Hee’s divorce.

We are informing you that on May 22, Jo Yoon Hee officially divorced Lee Dong Gun through divorce arbitration proceedings at the Seoul Family Court.

As we deliver this sudden news, we ask for the understanding of those who congratulated the couple and cheered on their marriage. Jo Yoon Hee will work hard in order to greet you in the future through good activities.

Hello. This is FNC Entertainment.

First, we would like to express our regret at having to convey this unfortunate news to fans who love Lee Dong Gun. Lee Dong Gun reached the decision of divorce after serious contemplation, and on May 22, he completed the divorce arbitration proceedings at the Seoul Family Court. We apologize for causing concern to many, and [Lee Dong Gun] will work harder to give a better impression as an actor.

The couple got married three years ago, In May 2017, holding a private wedding in September of 2017.
According to Dispatch, Jo Yoon Hee has received custody of their daughter.

Giant Pink Will Be Getting Married To Her Boyfriend Next Month