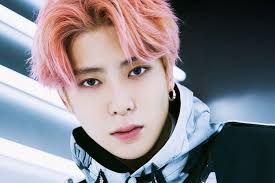 NCT’s Jaehyun posted a letter on Instagram over a controversy involving him and his other idol friends visiting Itaewon.
On May 18,  the agencies of Jaehyun, BTS’s Jungkook, SEVENTEEN’s Mingyu and ASTRO’s Chaeunwoo confirmed a report that the idols had spent a night together in the neighbourhood of Itaewon,  where there was a recent comeback of  COVID-19 cases
It was reported that they had gone to a restaurant and two bars in the neighbourhood from the evening of April 25 until dawn on April 26.
Only recently,  a patient who tested positive for the COVID-19 visited clubs in the area on May 2. It was then requested by the Central Disaster and Saftey Counter Measures Headquarters that anyone who finds themselves around or near entertainment facilities ( clubs, bars and more) near that area between April 24 and May 6 should isolate themselves.
After admitting the presence of their idols around the neighbourhood in Itaewon, the agencies of the offending idols released official statements,  announcing that these idols all tested negative for the COVID-19
After SM Entertainment’s official apology,  NCT’s Jaehyun uploaded his handwritten apology on Instagram

Hello, this is Jaehyun.

I’m sorry for causing many people concern through my actions during what is a difficult time for everyone. I am deeply reflecting over how I was careless and went to a restaurant and bar in Itaewon, despite it being a period of social distancing.

I will think carefully and be cautious about every action I take in the future. Once again, I sincerely apologize for causing concern to many people and my fans during a period when everyone is having a hard time due to COVID-19.