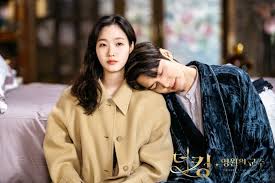 It had been announced that the SBS series “The King: Eternal Monarch” will not be airing this May 29.
A source from SBS shared that in place of the upcoming episode of “The King: Eternal Monarch”,  the 2011 film “Contagion” will air instead on May 29.
it was further explained
“Through Contagion,  we will examine how the human race deals with viruses and raise awareness.  A crisis is on the rise once more as the number of newly confirmed COVID-19 patients has risen two days in a row, reaching to the height of nearly 70 patients (in a day) fot the first time in nearly two months”
“Contagion” is an American Thriller that revolves around a newly discovered virus that causes a pandemic across the globe. The film shows dwells on the fear of the infectious disease and the struggle of experts to contain this virus.”
It is no wonder that it is said the film accurately predicted the COVID-19 pandemic.
Not to worry,  The King: Eternal Monarch will return with episode 13, right on schedule on May 30 at 10pm.