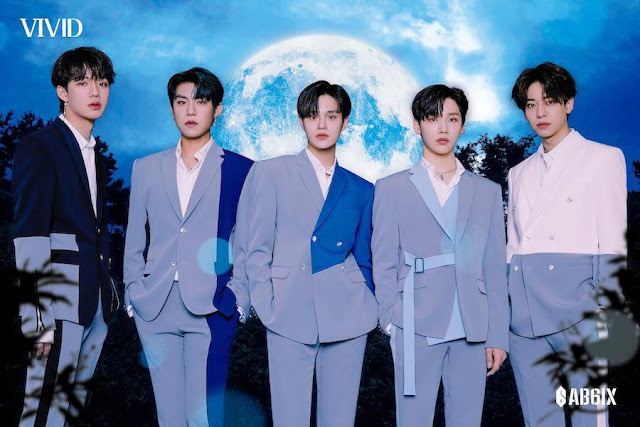 AB6IX had originally scheduled their comeback for June 8 but pushed it to June 29 after AB6IX’s member, Lim Young Min’s DUI controversy on June 4.

For those curious, DUI means “Driving under the influence”
Lim Young Min apologized and stop promoting as a member of the group. AB6IX continued preparations for their comeback but with four members.
Some of the fans, and sincerely I believe he would join them maybe later on, but it seems AB6IX is now a four-member group as on June 8, it was announced that Lee Young Min has left the group.
AB6IX’s agency Brand New Music released their plans to edit and redistribute the content related to the group’s new mini-album, “VIVID”.
Read their statement below:

“Hello, this is Brand New Music.

We wanted to make a few announcements regarding AB6IX’s second mini album ‘VIVID’ which is scheduled for release on June 29.

With the goal of being released today (June 8), AB6IX’s new album ‘VIVID’ and all its associated content and production (physical album, digital audio, music video, marketing content, planning video content, banners and additional promotional products, stage costumes, etc.) were 100 percent completed. However, with the regretful situation only a few days ahead of the comeback, we’ve continued internal discussions on how to carefully rearrange all the content and production we’ve already completed.

It would be really great if we could completely reorganize everything from start to finish, but at this time, we are honestly too short on time. It is true that taking care of and dealing with everything would be an extremely big weight on both the agency and the members.

As a result, we want to explain to fans and ask for your understanding about edits for the album that we are currently making, as well as edits that we cannot make.

First off is digital audio and choreography. Presently, we’ve completed re-recording all six tracks after editing the lyrics and redistributing parts among the four members. We only have re-mixing and re-mastering left to do. These edited tracks have been delivered to all music sites and will be uploaded as planned on the new release date. The originally completed physical CDs have also all been discarded and will be re-produced with these final songs.

For choreography, the title track as well as the b-side tracks were completed for five people and the members were perfectly familiarized with it. However, we’ve changed it to a four-person version and are diligently preparing to showcase an even more perfect performance.

Second is the components of the album. As stated previously, all components of the album were not only fully produced, but had even been fully packaged. However, we’ve decided that it would be too difficult to completely redo the photos, album design, print, etc. and will be reorganizing to the best of our ability as our schedule permits. After discarding all the physical albums, we are awaiting the production or replacement of the components that require reproduction, including the photobook, CD, sleeve, poster, photo card, post card, and AR photo card. However, we would like to let you know that the box, ‘VIVID’ color chip, sticker, and photo stands plan to be used as originally produced, as they have already been authorized by the Korea Music Copyright Association, making editing difficult. We ask for fans’ understanding that starting the next print, we plan for all of these components to be completely edited.

Third is regarding the music video for title track ‘THE ANSWER.’ As the first music video teaser was already released and it would be difficult to arrange schedules with various partners, we’ve decided that it would be hard to re-film. Under the circumstances, we plan to release an edited version that minimizes the screen time of Lim Young Min. We kindly ask for the generous understanding of fans.

Fourth, although separate from the album, is about the fan kit for members of the ABNEW fan club. The fan kit and all its components are currently 90 percent completed. However, we’ve decided to proceed with re-designing and re-printing. If we need to make another announcement with regards to the progress, we will make another statement.

Additionally, we plan to reproduce both internal and external videos and promotional content associated with the album by discarding, re-filming, and re-editing.

Lastly, we apologize that there are inevitably points where we need to ask for fans’ understanding. Just as much as you have understood and supported us, we promise to return with good music and content.

Please give lots of support and attention to AB6IX in the future as they start anew with four members.

Check Out The Winners Of 2020 Soribada Best K-Music Awards