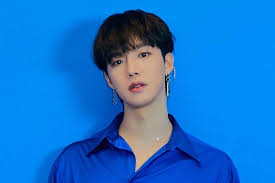 For all curious. DUI means Driving Under the Influence.
Recently,  AB6IX’s Lim Young Min got caught in a scandal as it was discovered that the artist had driven while intoxicated.
In respect to this,  it has been announced that Lim Young Min would stop promotion activities as a member of  AB6IX for a while.
Lim Young Min’s agency  Brand New Music released a statement on AB6IX’s official fansite regarding his drunk driving incident.
Read the full entertainment below:

Hello. This is Brand New Music.

First, we sincerely bow our heads in apology for delivering such unfortunate news to the fans.

We are delivering news of our agency’s artist Lim Young Min’s DUI (driving under the influence) and subsequent halt in activities.

In the early hours of May 31, Lim Young Min privately met up with acquaintances for drinks and used his own car to drive back to the dorm when he was caught drunk driving by the police and had his driver’s license revoked.

Currently, Lim Young Min is deeply regretting and reflecting on his actions, and he will earnestly participate in future police investigations if necessary. Furthermore, following today, Lim Young Min will be halting all promotions as a member of AB6IX, and AB6IX will continue their activities as four members excluding Lim Young Min. Furthermore, AB6IX’s new album, which was scheduled to be released on June 8, will be postponed to June 29 after reorganization of the team.

We feel deeply responsible that an incident like this has occurred with our agency’s artist.

We sincerely apologize once more for causing concern and worry to the fans who have always supported and cherished AB6IX, and we promise to put in our best efforts so that a situation such as this does not arise again.

According to Schedule,  AB6IX will release their second EP “VIVID” on June 29.

Check Out The Winners Of 2020 Soribada Best K-Music Awards