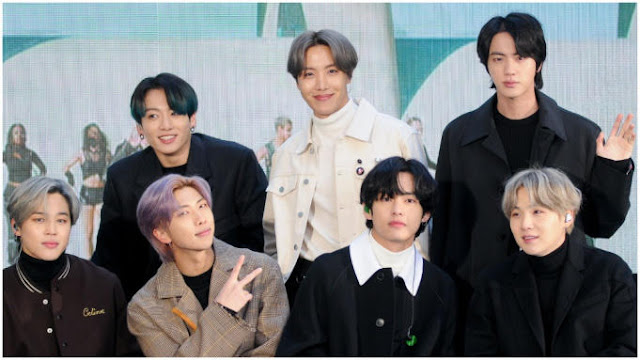 Kpop boy band had voiced their support for #BlackLivesMatter earlier this week with the promise of a donation to further support the movement.
At that time, Big Hit Entertainment had stated the donation process was still ongoing therefore no further details could be revealed.
A representative for Big Hit confirms to Variety, BTS and Big Hit Entertainment have donated an amazing $1 million to Black Lives Matter.
The donation was transferred and Black Lives matter confirmed the receipt to Big Hit early on Saturday,  June 6.
BTS and Big Hit have not published any official statement or commented on the donation, and it is to be remembered that they are not required to do so. Black Lives Matter representatives did not immediately respond to Variety’s request for more comments.
Kpop Titans, BTS are not the only ones who have shown support for the movement. GOT7’s Mark promised $7000 to the George Floyd Memorial Fund,  Korean-American rapper PH-1 donated $3000 to Black Lives Matter and DAY6’s Jae donated $1000 to the Minnesota Freedom Fund.
Jay Park and H1GHR shared that $21,000 has been collectively donated to Black Lives Matter.
On Sunday,  June 7, BTS will perform at YouTube’s “Dear Class Of 2020” commencement event with Beyonce, Former President Barack Obama and wife, Michelle Obama.
The event was to be held on June 6 but was rescheduled in observance of the memorial service of George Floyd being held in Raeford, N.C. on June 6.