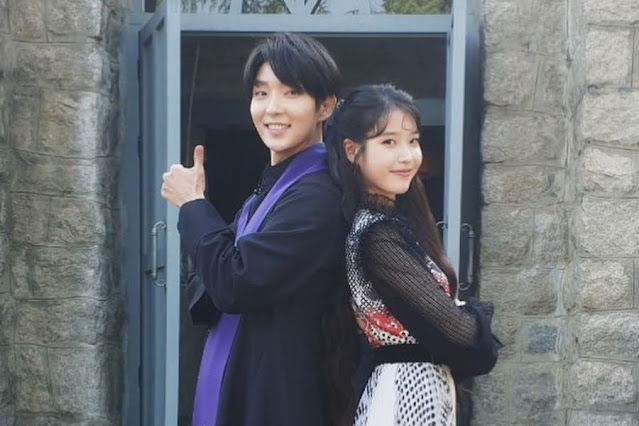 Lee Joon Gi sent IU a gift to show his support for her upcoming film “Dream”
On June 29, IU uploaded photos to her Instagram account with the caption
“Fourth son, brother Joon Gi, thank you once again for this.”
The photos show IU posing in front of a coffee truck Lee Joon Go had sent to the set of “Dream”.
The banners on the truck read, “To all the cast and crew of ‘Dream,’ I hope you all stay safe filming the movie,” and “PD (producing director) Lee So Min, could you maybe create a documentary for me as well?” referring to the character IU will be playing in the film.
IU has also showed her support for Lee Joon Gi’s upcoming drama, which you all should not miss. “Flower of Evil”.
Fans love the history between the two of them. Lee Joon Gi and IU had starred in the SBS Drama “Scarlet Heart: Goryeo” together.
They were seriously shipped by all the viewers.
Four years later, IU is working on her new film “Dream” alongside Park Seo Joon and Lee Hyun Woo and Lee Joon Gi is preparing the release of his new tvN drama “Flower of Evil” with Moon Chae Won on July 6.
Fans have noticed that Lee Joon Gi has sent a truck in support to the set for every project she works on.
He also accompanied her to the variety show “Knowing Brothers” because she asked him to.
We love that they keep in touch, it’s cute and all but four years down the line and I am still asking.
Where is my “Scarlet Heart: Goryeo” Season 2?

VIXX’s Ken Announces Military Enlistment Date In Heartfelt Letter To His Fans, It’s The Same Day As Woo Do Hwan’s.

May Comebacks and Debuts To Look Forward To