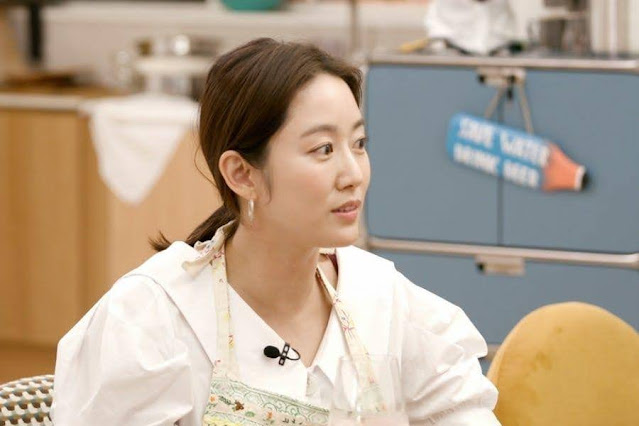 On the June 26 broadcast of “Convenience Store Restaurant,” Jeon Hye Bin, invited Girls’ Generation’s Yuri and Hyoyeon to her house and served them delicious food and wine. They talked about various topics and discussed Jeon Hye Bin’s golden years of her career.

It was revealed that to the public’s eye, her life may have seemed glamorous at the time, but she was actually struggling with depression.

Jeon Hye Bin said, “I took dangerous and extreme measures. I felt like I was going to die if I didn’t move. I thought I had to do something. I was depressed until I got married. It was serious enough that I had to take medication for it.”

She also revealed that her husband played a vital role in helping her overcome her depression.

She shared, “When I first met him, I had a feeling that he was the one for me.”

She had met her husband during the worst point of her life, meeting him, she said, felt like a big hope to her.

She spoke about moments of tears when he proposed to her and said that she was deeply touched his infinite love for her.

Jeon Hye Bin recently made a return to the screen with a cameo in “Oh My Baby.”

Now why this might seem like just another touching couple news. I find it very amazing as depression is not something to be waved aside.

It can confuse the depressed person and those around him. I find it admirable that he stuck with her, motivating her long enough to pull herself out of that coloured hole.

I hope Jeon Hye Bin continues caring for herself, take care to note the beauty of life around her.