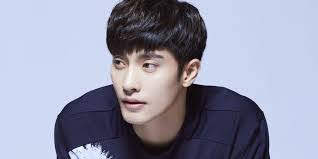 Stallion Entertainment, home to Korean Idol, Sung Hoon is in legal disputes with a cosmetic company the actor models for.
Sung Hoon’s agency had signed a contract with the company. Sung Hoon was to participate in promotions as their exclusive model. It was later revealed that the company had breached the contract signed.
Stallion Entertainment proceeded to sue the cosmetics company, in February 2019, for 200 million won ( approximately  $162,863). However, they lost the case as the court ruled in favour of the cosmetic company.
An appeal was made but overturned and the original verdict upheld when the agency failed to show up for the trial.
A representative from the company stated “The modelling contract has been valid this whole time. we are planning on continuing marketing for our product advertisements regardless of any legal measure”
The company reveals that Sung Hoon should continue modelling for them, and has brought up the verdict as evidence.

Stallion Entertainment stated, “We brought up the issue after seeing the cosmetics company using Sung Hoon’s portrait rights outside of the scope of the contract. Although we lost the civil suit, we are preparing to file a bill of indictment on the afternoon of June 2 or the morning of June 3 in order to bring criminal charges against the cosmetics company for malpractice and embezzlement.”

Trending
Park Min Young’s “Love In Contract” Premieres To No. 1 In Ratings
Sung Hoon is a fixed cast member on MBC’s Variety Show “Home Alone” (“I Live Alone”). Some of his works are “My Secret Romance”, “Level Up”, “Oh My Venus” and many more