TVXQ Changmin Announces Wedding Date, He Will Be Getting Married To His Girlfriend. 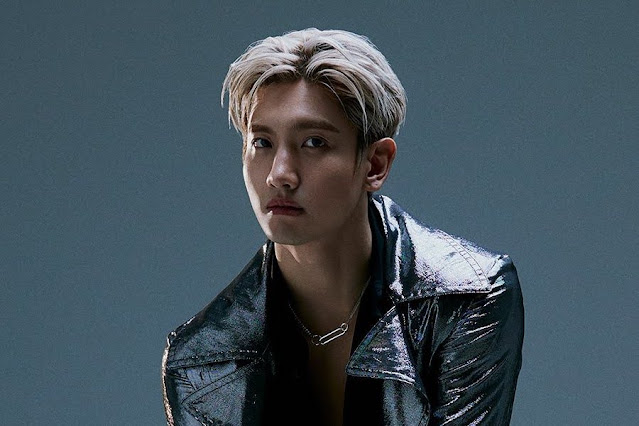 TVXQ’s Changmin is getting married to his girlfriend!

On June 12, the singer broke the news to fans himself with released letter.
In his letter, he thanks fans for supporting TVXQ and said that he would rather that they hear his news from him and not the mouth of others.

He and his girlfriend has decided to get married in September because it [the weather] would be cooler then.

Hello. This is TVXQ’s Changmin.
There is something I want to tell fans myself, so I am taking the courage to write this letter. It is not something I can say easily, so I am very nervous right now as I write each word.
On one hand, my heart feels heavy and apologetic thinking that my sudden news will shock and maybe upset some fans who always support me with great affection. However, I felt that it is my duty to share news of a major event in my life through my own words rather than through the words of others.
Approximately 17 years have passed since I debuted as a singer. Through that time, a high school student who was naive and imperfect at everything has now reached my mid 30s. I have spent almost half of my life as a TVXQ member.
Looking back, there was a time swept up in uncertainty when Yunho and I along with fans did not know what would become of TVXQ, but fans protected TVXQ, and because you gave us great love, we have been able to grow until this point. Thank you so much.
As you are aware due to a news report from a while ago, there is a woman I am currently dating. We have had a good relationship with trust and faith in one another, and naturally I decided that I want to continue my life together with this person, so we made the decision to have our wedding in September around the time when the heat will cool down. Through this letter, I once again express gratitude to Yunho who supported my decision and was happy for me in addition to our agency staff who gave me sincere advice.
I believe that my path ahead will hold greater responsibility than the path I have walked on until now. Therefore, I will do my best in every moment and with every task I’m given more properly, and I will work to be the head of a household and also TVXQ’s Changmin who can give back more to everyone who supports and encourages me
Although the weather feels like sweltering summer, these days it feels like a lot in the world has been frozen cold. Everyone take good care of the health of your bodies and minds, and I sincerely thank you for reading this long letter.

SM Entertainment also released an official statement regarding the news, detailing that the Changmin will be getting married on September 5

The wedding will be kept private for the sake of the bride’s family and privacy.

Read The Agency’s official statement below

Hello. This is SM Entertainment.

We are announcing news regarding TVXQ’s Changmin.

Changmin will be getting married to his girlfriend on September 5.

In consideration of the non-celebrity bride and both families, details of the wedding including the exact location and time will all be private, so we ask for the generous understanding of fans and reporters.

Changmin will continue to show great activities as a TVXQ member and artist.

We ask for many blessings to be sent to Changmin, who has a new start of his life ahead of him.