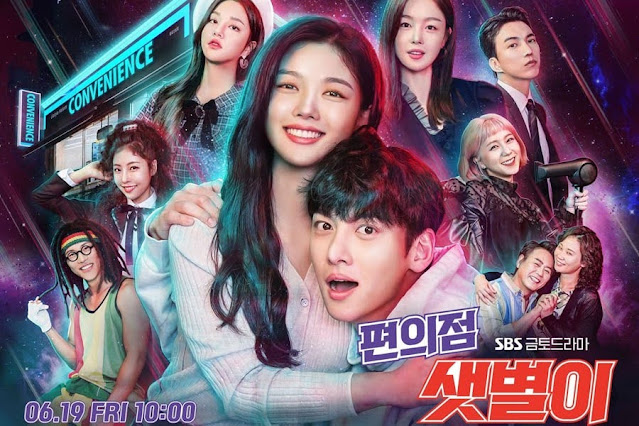 “Backstreet Rookie” was previously immersed in controversy for sexually suggestive material which included a scene in which an underage student approaches an adult for cigarettes and ends up kissing him, a scene involving sex workers, a camera angle sweeping up from the bottom of high school students dancing at karaoke, an explicit scene of a webtoon author taking a shower, a room with a nude female portrait, and a scene in which an author made moaning noises while drawing an explicit webtoon that emphasized a woman’s body.

According to a report received by Media Today, “Backstreet Rookie” has received a total of 6,384 civil complaints.

KOCSC’s subcommittee (chairwoman Heo Mi Sook) held a meeting in Seoul on July 8, and they decided on listening to a “statement of opinion” from the production team after determining that the first episode of “Backstreet Rookie” (June 19 broadcast) violated provisions of broadcasting regulations including “maintaining class” and “broadcasting language.” The process of conducting a “statement of opinion” involves calling a representative of the broadcasting company for the program in question to explain the reason for creating such a broadcast. This was decided by all five members of the deliberation committee.

The deliberation committee also criticized the drama’s rating. Committee member Park Sang Soo shared, “The reason why there are so many civil complaints is that the webtoon ‘Backstreet Rookie’ was rated 19+, but they tried to change it to 15+. However, they were careless when it came to things like editing. The language was heavily sexually suggestive and lewd were used indiscriminately. Although it is a drama, the ethical and emotional harm to teenagers is great.” Another committee member also added, “It does not appear to be a 15+ rating.”

Committee member Kang Jin Sook also took issue with the commodification of women. The committee member commented, “When looking at the webtoon, female teenagers are sexually objectified through the perspective of men. Since that webtoon was used as the original work, the drama also has many problematic scenes commodifying women.” Chairwoman Heo Mi Sook also questioned whether the drama could be enjoyed together with family members. She stated, “The directing used in the webtoon is felt in various places of the drama. There is a fundamental problem.”

People who filed the complaints about “Backstreet Rookie” stated that the drama sexually objectified underage women and included suggestive scenes.

Following the controversies, the problematic scenes were taken out of replay VOD services
I will not state my opinions but would like to see what will happen next. I feel bad for Ji Chang Wook but hope the cast will not feel down. If things can be sorted out in a way that keeps the drama on the air.
I would be happyThe source is from Soompi

In the spirit of valentine, Here are 8 upcoming/ airing Netflix movies/ dramas that will make you swoon.