Former Rainbow Member Jisook Will Be Getting Married To Lee Doo Hee In October! 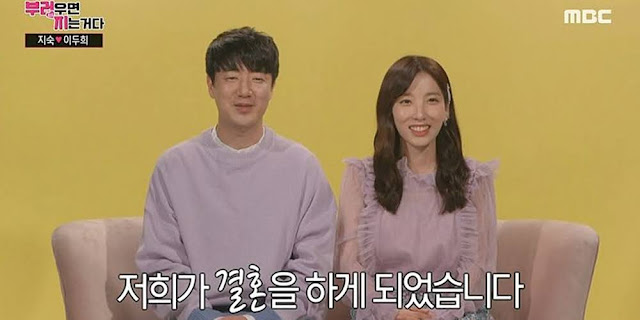 Jisook Announced that she would be getting married!

The former Rainbow member announced on the final episode of MBC’s celebrity couple program ‘Don’t Be Jealous’ that she would be getting married to her boyfriend Lee Doo Hee.

Jisook had said, “We met each other’s families on Parents’ Day and the topic of marriage came up. We started preparing for marriage since then, but it turns out it isn’t easy.”

Lee Doo Hee continued, “The wedding halls are all booked full. Because many couples couldn’t get married in the first half of the year [due to COVID-19], the bookings are all backed up. It’s not something we can leave to fate. Instead of waiting for the right day, whichever date we can get will be the right day.”

“Jisook and her fiancé Lee Doo Hee plan on holding a wedding ceremony this October. They are just in the beginning stages of planning their wedding ceremony, and will be making preparations gradually.”

Jisook went public with her relationship back in October of last year.

She and Lee Doo Hee grabbed all the attention for their sweet relationship as shown on MBC’s ‘Don’t Be Jealous’.

Congratulations to the couple!

Giant Pink Will Be Getting Married To Her Boyfriend Next Month

Actor Sung Joon Will hold His Wedding This September