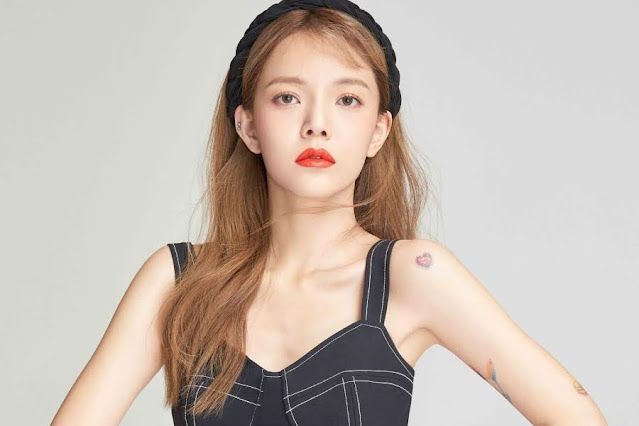 This news was announced by AOA’s agency. FNC Entertainment.

The agency released a statement on July 4 which read:

“This is FNC Entertainment.

First, we would like to apologize for causing concern to many people through the events related to Jimin that have been unfolding recently.

From this moment forth, Jimin has decided to leave AOA and halt all of her activities in the entertainment industry.

Additionally, our agency accepts responsibility for this entire situation, and we will put our full focus on managing our artists [in the future]. Once again, we apologize for causing concern through these unfortunate matters.”

Former member of AOA, Kwon Mina took to Instagram on July 3 to share multiple posts. In her uploads, she revealed the pain she had to go through when she was with AOA.
Her confessions shocked the internet.

It was also revealed that Jimin, the leader of AOA had bullied her leading her to consider suicide and self harm.

Jimin later paid a visit to Mina along with the other AOA members to apologise but Mina wrote that she was not sure if her [ Jimin’s] apology was sincere. Nevertheless, she [Mina] would accept the apology.

In addition to apologizing to Mina, Jimin publicly apologized on Instagram on July 4, to which Mina responded with a now deleted post.

Woo Do Hwan Will Be Enlisting Tomorrow, He And Lee Min Ho Upload Photos Of His New Hair Cut