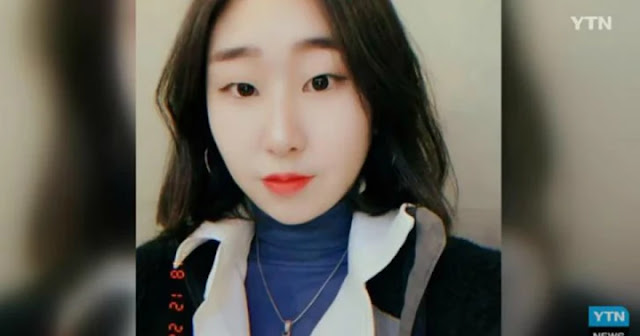 Korean national triathlete Choi Sook Hyun decided to take her own life when she could no longer bear the burden of years of abuse and assault from those around her.

It was revealed that she was being abused and harassed by her coach and some of her teammates.

Recordings done by Choi Sook Hyun and her text messages before her passing were revealed by the media today.

Triathlon Team Official: You worked out twice and didn’t eat, how did you still gain weight? What were you thinking?

Choi Sook Hyun: I drank too much water….

Triathlon Team Official: It’s your fault? Starve for 3 days! Okay? You made the mistake so shouldn’t you take responsibility?

Triathlon Team Official: Come here, grit your teeth! (slaps). Hey! Close the curtains. Starting tomorrow, if you show a sullen face tomorrow, I won’t tolerate it, got it?

In March of 2019, she was also assaulted by her team doctor.

“You’ve been hit by me twice before right? You should be hit every day. If you don’t want to, just take the curses.”

Following this, the doctor proceeded to assault her for 20 minutes and then calls in a person believed to be a senior member of the team, who joins in on the assault.

While this was going on, the team doctor was casually conversing with the coach.

The assault from that night ended up being more than 20 slaps to her cheeks, kicks in her chest and stomach, and her head pushed into the wall.

The coach left with one final question.


Coach: Do you want to die? Should we do an exorcism?

It was stated that whenever she gained weight, team officials would purchase ₩200,000 ( 166.39 United States Dollar ) worth of bread, force her to eat it until she vomited, and then repeat the process. 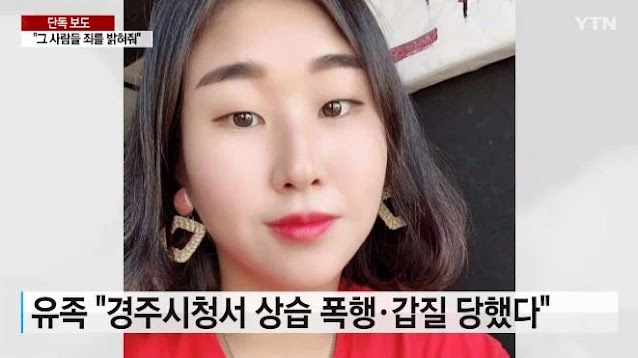 Choi Sook Hyun also wrote in her training journal about the distress she faced, such as getting hit even though she managed to hit her weight loss target. She mentioned extreme phrases such as how there were hundreds of times she thought of wanting to end her life by getting hit by a car or stabbing herself.

Her final message to her mother was revealed during the police investigation.

Mother: Daughter, pick up your phone.

Mother: Let’s talk on the phone. [Cut off] 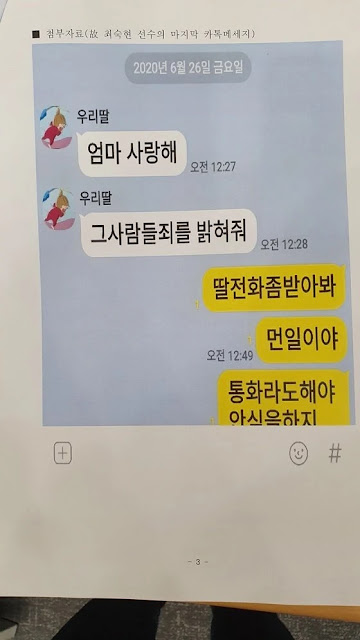 A former teammate of hers also commented on the hardships she faced.

“A team senior said she looked like a transgender. They said it seemed like she was seeing a lot of guys too. So that’s why I think she tried to start avoiding people. It got to a point where life was difficult.”

The late Choi Sook Hyun tried to fight back about her issues several times earlier in 2020, she transferred to another team, filed a petition with the Korean Sport & Olympic Committee, and a complaint with the police. But nothing was done and in the end, she took her own life.

Her father is currently still attempting to bring justice to her legacy.