Mina Says That AOA Members Paid Her A Visit and Jimin apologized. 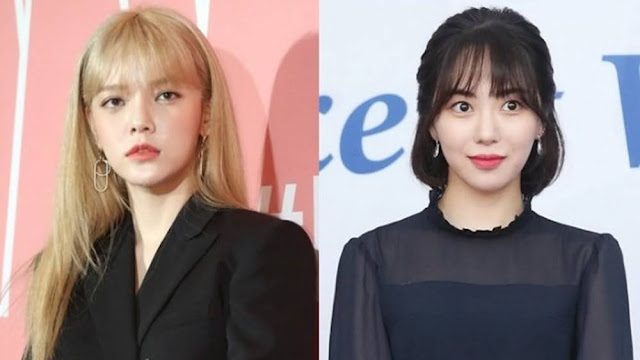 Just yesterday, Kwon Mina, a former member of AOA shocked and worried fans when she revealed that she had been bullied by an AOA member.

She didn’t reveal the name but  Shin Jimin exposed herself when she denied the allegations on her Instagram story.

Mina presented evidence of what years of mental torture had done to her by posting photos of self-harm. She continued with a series of posts exposing Jimin’s bullying and demanding her to apologise so that she [ Mina ] can be at peace.

She apologized to fans for causing them to worry and making them uncomfortable with her recent photos of self-harm.

She also encouraged her fans to speak up if they ever find themselves being bullied.

“If there is anyone who is going through a difficult time because of someone else. Don’t stay silent. Grab someone and talk to them. Sleeping pills? Don’t ever take them because there will be no end. Don’t live like me. Do everything you want to, express yourself, and say everything you want to say. Please live that way.”

During the controversy, netizens wonder if AOA members were going to keep silent or if Shin Jimin will give a response to the issue.

In Mina’s recent post. She revealed that AOA members paid her a visit and Shin Jimin apologized but would that be enough to cover for years of mental pain?

“First, I apologize for causing such a commotion throughout the whole day and causing discomfort to many people. There have been many articles that must have been hard to keep reading. Some might not even have wanted to know about it. Many people came to see me at my house worried. So I apologize to everyone for making you worried. There was a lot of gossips since these were actions a celebrity shouldn’t have committed. So I’m just very sorry. A few hours ago, the members and even the manager came to my house to talk. At first, Jimin unnie came very angrily so I was baffled. I asked her is that a facial expression a person who came to apologize should have? We had a bit of a struggle when Jimin unnie asked where the knife was and if she should just kill herself too. But we settled down and sat down to talk. She said she didn’t remember and I continued to talk about all the bullying. Of course, I probably wasn’t so clear-headed but she kept saying she doesn’t remember. She claimed that she did such and such things but didn’t do such and such things. Of course, I can’t remember every single detail but I clearly articulated the things I can remember as we continued to talk. Jimin unnie thought we resolved everything on the day of her father’s funeral. But it was a funeral so I only went to comfort her. In her perspective, she probably thought things were good since I messaged her on that day and she said sorry without remembering her own actions. She could’ve thought that way. sure. But how can eleven years of pain just go away in a day? On that day (of the funeral) we never talked about what I went through. How can we talk about such things at a place like that? Of course, I comforted her with all my earnestly. But I returned to my old self after. I was so broken so how can I return to normal in one day.

Either way, we continued to talk. After listening, Jimin unnie just continued to say ‘sorry. I’m sorry.’ She apologized, either way, and I’ve decided to accept her apology. She went back home and the members who stayed behind made me promise not to think of doing bad things. It ended with me promising to clear my head. I believe our fathers are both watching from heaven. I can’t write lies so…um, I honestly wondered if Jimin unnie is able to feel even an ounce of guilt because of her facial expression at the beginning. Either way, she continued to keep saying she’s sorry. Yes, I received an apology. I did hear it…but… I don’t know what to say. Honestly, I wasn’t able to see her being ready to earnestly apologize to me. It might just be an inferiority complex or maybe I was just so angry with Jimin unnie. She could have been earnest so I can’t just make my own conclusion. Since now I organized this incident…I will now calm down and put efforts into becoming better while getting treatment. I’ll make sure there isn’t any more commotion. I’m very sorry… I will put effort into fixing myself from hereon. There are so many people who went through distress because of me…I’m really sorry…I’ll admit it. I still won’t able to write positively about Jimin unnie even in this post. Honestly, I can’t remember her apology that she gave me at the end. I just remember being so angry that I just kept looking at the ceiling. I’m broken to the point of no recovery so I can’t be fixed right away……but still I should put forth the effort. I’ve decided to…I won’t mention anything about this incident any more or write about it…I won’t just say things without filtering…I’m not good at writing so I don’t remember what I wrote…But I apologize once again.”