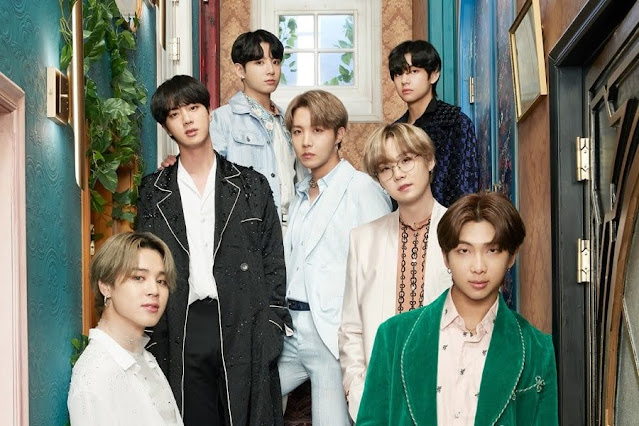 The upcoming drama based on BTS Universe has begun production!
Big Hit Entertainment has announced the production of a drama,  titled “Blue Sky”,  that will tell the story of seven boys who meet in the BTS Universe.
Ilgan Sports reported that Chorokbaem Media have started the production process of the drama.  Auditions are being held for leading and supporting actors. Meetings are being held with the director.
Hankook Ilbo announced that the drama will be casting rookie actors for the role of the 7 leads. At first, I expected the members of BTS themselves will be the male leads.
Just imagine it… RM acting in a drama, but it is being clarified that the actors will not be BTS but other actors. *sigh*
Nevertheless, the drama will be helmed by producing director (PD) Kim Jae Hong. Some of his previous works are “Cruel Palace – War of Flowers”, “Your Neighbour’s Wife”, “Yoo Na’s secret” and many more. The scriptwriter is Kim Soo Jin who worked on “Radiant”, “Old Miss Dairy”.
The drama is being carried in top secrecy and the whole script isn’t revealed to the auditioning actors.
Filming reportedly begins in September.
A source from Chorokbaem Media stated, “It is true we’re in the process of conducting auditions for leading and supporting actors and carrying out director meetings. However, plans for the next steps have not been decided yet.”
Chorokbaem Media previous works are  hit dramas “Memories of the Alhambra,” “Familiar Wife,” and “My Ahjussi.”
Are you excited for the upcoming drama despite BTS will not be starring in it?

2019 Korean drama you need to watch if you haven’t yet.